DWS is Belfast’s oldest independent wine merchant, having traded since 1954. Infact the McAlindon family has been involved in the drinks industry for more than 80 years. 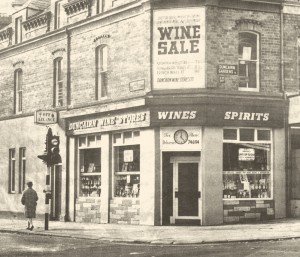 Now in its 3rd generation, Direct Wine Shipments started life as Duncairn Wines Stores, when the current owners’ grandfather, Edward McAlindon, opened an off licence in 1954.

Edward’s premature death led to his son, Kevin, joining the business a couple of years later.

Kevin’s eldest brother Denis, then working for the Foreign Office, had become acquainted with the world of wine during his time in Italy and France. It was through Denis’ initial introduction that Kevin first developed a passion and enthusiasm for wine. Gradually, under Kevin’s direction, the business evolved from traditional corner shop to wine specialist, originally importing wines to Belfast through London merchants.

During the 1960’s and 1970’s Kevin, by then joined by his brother Ciaran, imported and bottled casks of Classed Growth Clarets as well as Sherry from Spain and Cyprus.

It was around this time that the decision to pursue direct links with vineyards was taken. Kevin paid personal visits to wine producers and forged relationships with families such as Torres, Brown Brothers, Chapoutier and Hugel – some of these have endured to the present day.This strategic move was pertinent to the development of Duncairn Wines as both a retail and wholesale business. In subsequent years, visits to Laroche, Dr Burklin Wolf, Domaine Faiveley, Lustau, Vega Sicilia and Pesquera, to name but a few, further expanded Duncairn Wine’s diverse portfolio.

In 1979 the business relocated to an old disused warehouse in Belfast’s Corporation Square, a move that marked the beginnings of the well-known ‘Aladdin’s cave’ that is Direct Wine Shipments today.

In 1983, a desire to learn more about viticulture and vinification propelled Kevin to 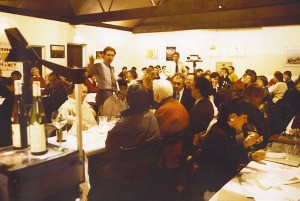 attain the Wine & Spirit Education Trust Diploma – making him one of the first in Northern Ireland to do so. This was the start of a trend to educate all sales DWS staff to Diploma level (currently 5 staff are Diploma holders).

This acted as a stimulus to the development of DWS’ Wine Appreciation Course, the first in Northern Ireland, which has now been running successfully for 25 years. 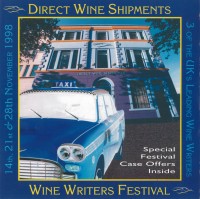 The next 10 years brought major changes to the business when Kevin’s two sons joined DWS – firstly Peter in 1985 and then Neal in 1992. Having practically been brought up on wine, and having spent many childhood holidays touring vineyards, they each have a deep routed zeal and passion for wine.

On joining the company both attained the WSET Diploma and before long their natural energy and enthusiasm had resulted in many new wines being seen in Northern Ireland for the first time. Growers such as Domaine Comtes Georges de Vogue, Henri Bourgeois, Palacios Remondo, Domaine de Cristia and Inama have become firm favourites in Belfast.

1996 brought a great accolade for Kevin. The Spanish government acknowledged his efforts to promote Spanish wine and culture for almost 40 years when he was accepted into the prestigious ‘Gran Orden de Caballeros del Vino’. 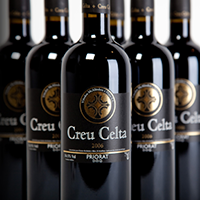 After 50 years in the Northern Ireland wine trade, an ambition never thought obtainable became a reality for the McAlindon family. In 2003 the purchase of a vineyard was completed in the beautiful mountainous area of Priorat in Catalonia, North Eastern Spain. The wine ‘Creu Celta’ was created and first released in 2005. It has been a tough project to manage especially from another country, but thankfully the response received for the vintages released has exceeded our expectations! 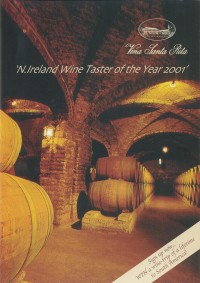 In late 2007 the brothers started a new trade business called McAlindon Wines. The philosophy was very plain. Offer mainly family owned and small to medium sized wineries. Avoid big branded mass produced wines and focus on the quirky and interesting. Slap bang in the middle of the worst recession in recorded history this new trade business has thankfully been well received. The success of the trade company has meant that once again Direct Wine Shipments most popular wines are now available on some of the best restaurant tables in Northern Ireland.

In March 2014 as part of our 60th Anniversary celebrations we launched the Direct Wine Shipments Wine Academy.  Building on our heritage as a pioneer of wine education in Northern Ireland we have been able to offer a series of Wine & Spirit Education Trust (WSET) Courses. These have proved popular with both consumers and the hospitality industry. 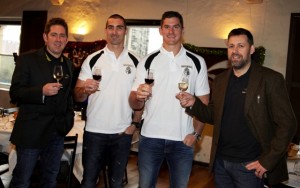 in partnership with international rugby players Robbie Diack and Ruan Pienaar. This was a very exciting project, with a great price to quality ratio. The first shipment sold out with in a matter of weeks! 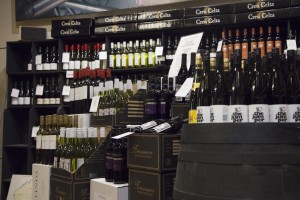 The DWS retail warehouse at Corporation Square continues to prosper and evolve in the ever changing vinous landscape of the 21st Century. It’s always worth a visit as new wines arrive constantly. 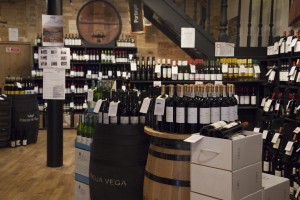 needs to keep aspiring to be better. We continually re-appraise our portfolio and on going research and  many contacts throughout the world mean we assess 100’s of potential wines each year.  This is the life blood of our business searching for new producers, up and coming areas and intriguing wine stories.

We aim to give knowledgeable and friendly advice to every customer who takes the time to visit or contact us. Hopefully we get things right the majority of the time!

“DWS’s story is one of gritty survival and gradual transformation from Fifties corner shop to thoroughly modern wine merchant.”