FOR ALL THE LATEST ON WHATS HAPPENING IN DIRECT WINE SHIPMENTS

Comments Off on Wine Sale 2014 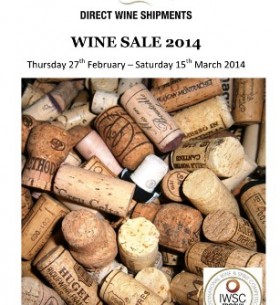 We’re celebrating the Giro d’Italia coming to Belfast with the award winning wines of Terredora from Campania.

Founded, and still run today, by the Mastroberardino family. This is one of the most historical “wine families” in Campania, dating back to the 700’s, and offi cially registered with the Chamber of Commerce in 1868.

“Terredora has succeeded in producing highly pleasant wines that are a pure joy to drink”. (Robert Parker – The Wine Advocate April 2009)

Please note: This will be a predominately white wine tasting. 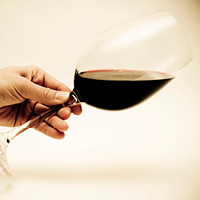 We are delighted to welcome Hunter’s General Mananger Peter McDonald back to DWS. Big in stature, somewhat larger than life and with a huge passion for all that he takes on, Peter is committed to the worldwide success of Hunter’s Wines.

In the last 20 years the province of Marlborough has moved from virtual obscurity to become New Zealand’s largest and best-known wine region with a reputation for producing some of the world’s finest sauvignon blanc. This huge potential was something that was recognised back in 1983 by Jane Hunter and her late husband Ernie when they founded their first fledgling winery in the picturesque Wairau Valley.

Hunter’s Wines have won more than 100 gold medals at national and international wine competitions. With a reputation for consistently producing the highest quality wines year after year, Hunter’s was one of the first wineries to put Marlborough firmly on the New Zealand wine map.

Join Peter for a great chance to taste the stunning wines of Hunter’s award winning range.

NB: This will be a predominately white wine tasting

Comments Off on Wine Suggestions for Christmas Dinner

Food and wine matching is subjective and it is always fun to try new things, here are a few of our suggestions for Christmas dinner.

Turkey & Chicken
In general chicken & turkey works very well with Chardonnay. Richer lightly oaked styles go well a roast, for example white Burgundy, while the classic match for red drinkers is red Bordeaux. For Christmas dinner with all the trimming you may want to consider Rhône reds such as Chateauneuf-du-Pape, Reserva or Gran Reserva Rioja or for new world fans Californian Zinfandel.

Duck & Goose
Both duck and goose have a high fat content & therefore work best with wines with fragrant wines with good acidity, good quality Pinot Noirs are ideal. For fans of white wine try with Pinot Gris or Riesling.

Vegetarian
Earthy Mushroom based dishes pair well with Rhône reds or Chianti. Other dishes will depend on ingredients & spice.

If you want any help with food and wine matching please ask our staff. 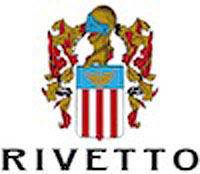 This February we are delighted to welcome Rita Barbero from Rivetto to Direct Wine Shipments. Situated in Piedmont, the region is famous for its Dolcetto, Barbaresco & Barolo.

This is the 4th generation of the Rivetto family making high quality wines in this area. They aim to obtain the best expression of the vine in their terroir in a traditional way but using the knowledge of today.

“The Rivetto family winery sits more than 1,300 feet above sea level atop the Lirano hill, tucked between the communes of Serralunga d’Alba and Sinio. Rivetto’s hillside parcels of Nebbiolo surround the cellar, with the vineyards for this Barolo situated on the south/southwest slope facing Serralunga. The soils boast high concentrations of clay and limestone that yield powerful Nebbiolo.” (Wine Spectator)

Book now for a tasting of these exceptional wines.

Please note: This will be a predominately red wine tasting.

Comments Off on Christmas 2013 all wrapped up 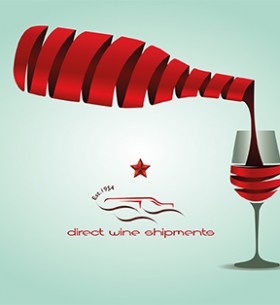 Christmas 2013 all wrapped up

Christmas is a time to eat, drink and be merry and we at Direct Wine Shipments (DWS) are big fans of this.  Our love of food and wine has motivated our buying and tasting team to search the globe for the finest gift ideas for this our Christmas selection.

Inside you will find a fantastic range of specially selected cases and gift ideas to suit all budgets and tastes.

Comments Off on DWS Awarded “Best UK Independent Retailer of the Year”! 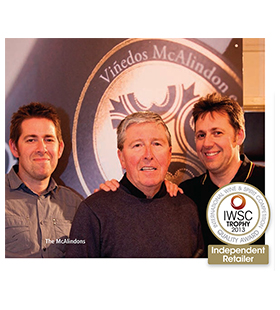 Founded in 1954, Direct Wine Shipments is Belfast’s oldest independent wine merchant.  Still family run, the business today is overseen by the McAlindon brothers, Neal and Peter, whose family has history in the wine trade going back 80 years.

Award sponsor PLB praised the retailer as “genuine specialists” with “incredibly good value pricing on a wonderful selection, as well as wine tastings and excellent customer engagement.”  Judges supported this view with special reference to the retailer’s “unique efforts despite the economic austerity that has been linked to Belfast in recent history.”

As well as its focus on retail, Direct Wine Shipments is well known in Belfast for wine education, conducting tastings, dinners, food matching and wine courses, which involve winemakers and well-known wine personalities.  The staff are all well versed in wine training: out of eight, four have WSET Diplomas and three hold advanced certificates.

The range itself focuses on independent and family-owned estates from around the world.  However, uniquely for a merchant, the McAlindons also own their own winery – a long-standing dream that became a reality in 2003.  Located in Salanques, Priorat, the wine is made by ex-Vega Sicilia winemaker Silvia Puig.  Named “Creu Celta” (Celtic Cross in Catalan), the vineyards are near the Scala Dei Monastery.

Finally, the trade-focussed side of the company, McAlindon Wines, is a supplier to a number of the best restaurants in Northern Ireland. 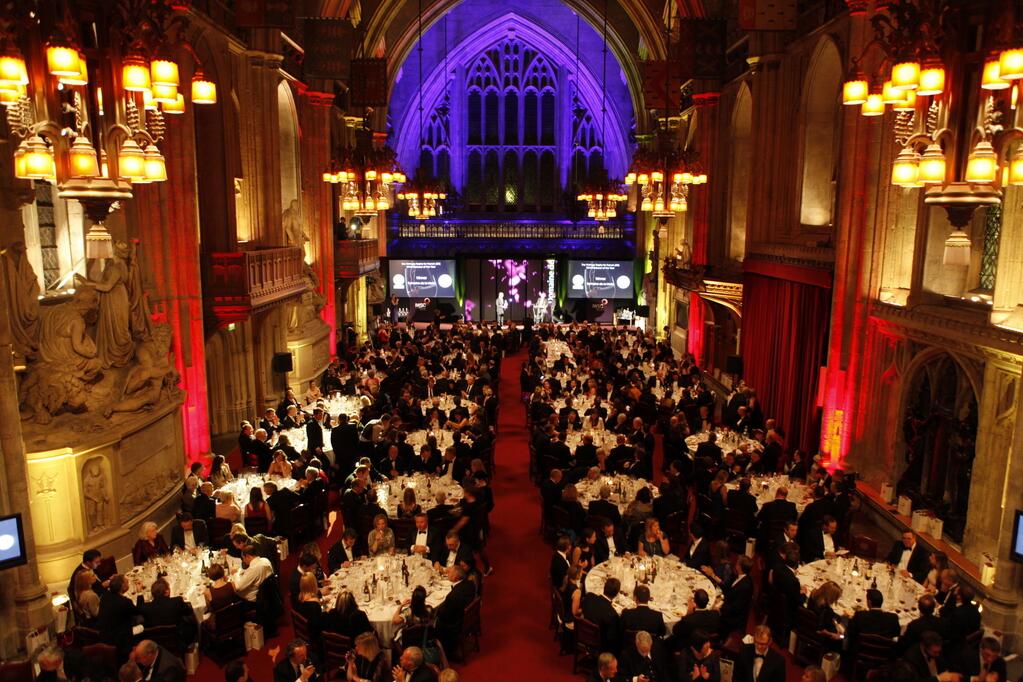 Comments Off on DWS Wine Course 2014 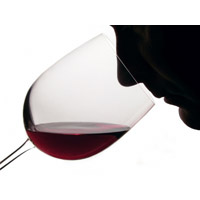 An extremely popular four-week wine course during which we will be looking at classic grape varieties and some of the more unusual ones from around the world.

Even if you have been on a course before, it’s worth keeping up to date. The wine world is constantly changing and this course is always a good opportunity to taste new wines, discover new regions or rediscover old ones.

The Course cost £120 per person for 4 weeks. The price includes all lectures and notes, plus a tasting kit consisting of 6 ISO tasting glasses, corkscrew and pen.

Please note: The course will begin at 7.15pm sharp on week one and at 7.30pm on subsequent weeks.

If you have any questions please don’t hesitate to contact us on 028 9050 8000 or email info@directwine.co.uk

Comments Off on Jonny’s Hunter’s Trip 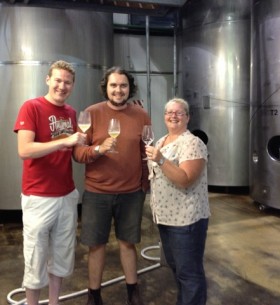 My wife Bronagh and I had been travelling around the south island of New Zealand by campervan, and having driven every day of the previous week we decided to spend a few days in Blenheim to experience the Marlborough vineyards. On our first day there we met James McDonald at, of all places, a beer festival and he agreed to show us around Hunter’s winery and even cooked us a fantastic dinner that night! Having spent quite a bit of time working at Vineyards in Bordeaux James really appreciates food and wine matching and the BBQ pork and seafood fritters we had were out of this world, probably the best cuisine we experienced on our whole trip!

The following day we set off to Hunter’s winery which was a 10 minute drive from our campsite. We made our way through the masses of vineyards which spread as far as the eye could see from the dark, fertile ground of the Wetland mountains on the north, to the bright sand-dune like Dryland mountains to the south. We arrived at Hunter’s and walked from the car park through the fantastic gardens, past the restaurant and quaint artist in resident gallery to the reception/cellar door. There, we were warmly greeted by Helen who has been working at the winery for over 15 years and hosts the cellar door tastings, providing a refreshing glass of wine to any passing thirsty tourist! While she went off to find James, Bronagh and I had a look around the gift shop. Of course it had all the usual beautiful branded T-shirts and baseball caps that some wineries had, but the walls were adorned with certificates, newspaper cuttings and photographs ranging from the early days of the winery, to those who represent Hunter’s all over the world, including one of a Mr Kevin McAlindon! There were many pictures of the late Ernie Hunter receiving the top award at the Sunday Times Wine Festival in London in 1986. Winning this award came as such a surprise to Ernie that he had not dressed for the occasion, and had to accept the award wearing a rugby jersey, while his European counterparts whom he had beaten were all dressed in Tuxedos!

James then brought us for a quick tour of the winery. We walked around some of the vines as James gave us a brief overview of the viticulture process. We even got to try some Gewurztraminer grapes straight off the vine, which it must be noted are a world away from the brilliantly aromatic and lush wine that they produce! He then took us around the vinification part of the winery where we saw the grape presses and fermentation tanks. Whilst we were there the last of the 2012 vintage of Sauvignon Blanc was being bottled and we were able to try the filtered and unfiltered versions straight from the tank, as fresh as it comes! We also met Jane Hunter, Peter McDonald and even Gary Duke, the winemaker whose name is printed on every bottle of Hunter’s wine.

Suitably refreshed, James then took us through to the bottling plant where we could see the Sauvignon Blanc getting bottled, labelled and capped within a matter of seconds, a mesmerising process. This section of the winery also had pallets of Hunter’s wines bottled and ready for shipping, and reminded me a lot of the DWS warehouse at Christmas time!!! Having reached the end of the production line we then returned to the gift shop where we met up with Helen along with some other wine tourists for a cellar door tasting of the impressive Hunter’s range.

Both Bronagh and I had a spent a great morning at Hunter’s and we are very grateful to James for taking the time to show us around. Having seen the popularity of Hunter’s wines in Direct Wine Shipments it was a great opportunity to see behind the scenes and has made me appreciate the work that goes into all the wines they make. I was also very proud of the fact that Ernie Hunter, originally from Belfast is still remembered with such fondness, not just at Hunter’s but at all the wineries in the area. No matter what independent tour we went on, which cellar door we stopped at or what literature we read whilst in Marlborough, everyone still cites Ernie Hunter winning Gold at the Sunday Times Wine Fair in 1986 as a pivotal moment for wine making in the region. It also must be noted that his Irish roots are always referred to in Marlborough. He is not known as Ernie Hunter, but rather the Irishman Ernie Hunter, or Ernie Hunter from Belfast!

Come along for a fabulous five course meal perfectly matched to the Little Beauty wine selection.