FOR ALL THE LATEST ON WHATS HAPPENING IN DIRECT WINE SHIPMENTS

Comments Off on Christmas Tastings 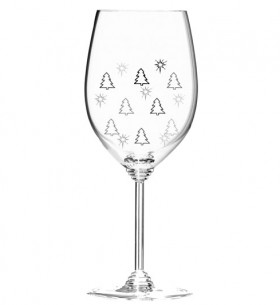 Join us on Saturday 29th November for a fabulous Spanish Christmas with Luis Marculeta or on Saturday 6th December to taste a selection of traditional and eclectic recommendations for the festive period with Jason Busby.

These will be an informal and fun journey through the minefield that is Christmas entertaining!

In keeping with tradition the final wine will be accompanied by the gorgeous Ditty’s mince pies!

For a relaxing & enjoyable way to spend a Saturday afternoon in the lead up to Christmas madness – look no further that Direct Wine Shipments. 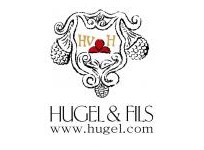 Alsace, a treasure trove of varieties of white wine, produces one of the widest ranges from any wine region in the world.

Since 1639 the Hugel family has been producing some of France’s finest white wines. Today the business is still 100% family-owned.

DWS is delighted to welcome back David Ling, Hugel’s Englishman abroad, who will guide us along their fantastic range of wines.

Please note this is a white wine tasting

Comments Off on Wines of Chile 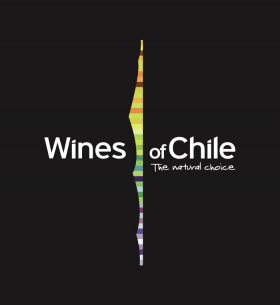 Join us this September as we celebrate the wines of Chile.
Throughout the month we will have a series of in store tastings, competitions & offers. 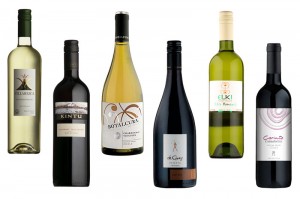 Send your answers to info@directwine.co.uk.
All correct answers will be put into a draw on Tuesday 30th September, the winner will be notified by email. No alternative prize is available.

WIN 2 tickets to Wine Tasting & Supper with Eduardo Piccolo from Botalcura on Thursday 4th September at 7.30 for 8pm start.

The winner will be chosen at random at 5pm on Tuesday 2nd September.

T&Cs apply. NO alternative prize available. The winner will be notified on Facebook.
For more information contact info@directwine.co.uk T: 028 90508000 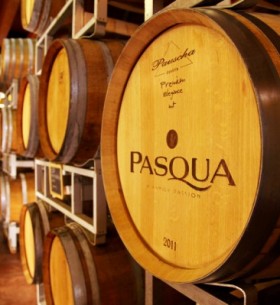 Pasqua Vigneti e Cantine has a long, history in the production of Italian and Veneto quality wines. After nearly a century of activity, the company has strengthened its position on the international scene as a name of excellence with a well-established winemaking tradition, carrying the flag of Italy’s wine culture worldwide.

Tradition, innovation, quality, research, passion: key values that have been passed from generation to generation within the Pasqua Family.

“A household name in Italy. The company philosophy is a sound one. They do represent an honest value. “ (eRobertParker.com)

Join Cecilia Pasqua as she introduces her family’s Venetian wines.

The award winning Botalcura Winery was formed thanks to the passion of two men. Juan Fernando Waidele, Chilean businessman and wine lover, has always felt a special connection to a charming little town called Botalcura in the Maule Valley. Philippe Debrus, French winemaker, arrived in Chile in search of something new; the challenge was not only to contribute with his experience in producing crafted wines, but to stamp them with his own personal style, through creativity and dedication. Their meeting in 2000 sealed the character of the Botalcura Winery.

Join Export Manager Eduardo Piccolo as he introduces the wines of Botalcura & Corinto.

Comments Off on 31 Days of German Riesling

July is German Riesling Month, join us as we celebrate one of the finest white wine grapes in the world.

Riesling is usually associated with Germany and is a favourite amongst wine lovers.

It can produce a huge range of styles, from bone dry and racy, to unctuously sweet dessert wines.

Typical attributes are a fresh, citrusy nose tending toward petrol with age. The palate shows ripe citrusy fruits, high acidity and fantastic length in the best. Can be full or light bodied.

Thoughout July we will have a series of tastings, competitions & offers.

Make sure you join us for a celebration of this wonderful variety! 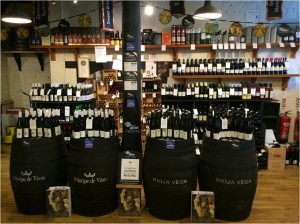 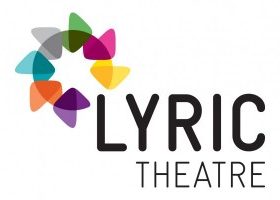 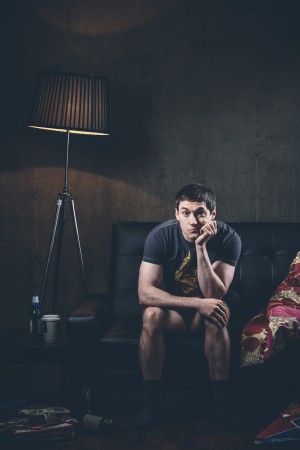 Back by popular demand, this riotous comedy makes the leap to the Danske Bank Stage after a triumphant run in the Naughton Studio last year.

Stevie is a mess. His girlfriend left him with a broken heart and yet he can’t get her out of his head. So nobody is more surprised than Stevie when an in-depth conversation with 49 year-old Glaswegian widow Martha at a coffee shop, leads to the pair ending up in bed together and – perhaps – a chance at love…?

There’s only one problem, Stevie’s family. His ultra-conservative mother and fanatical Ulster-scots speaking sister would be seen dead before they let their Stevie end up with ‘someone like that’.
Buddhism, fish suppers, and sectarianism …Can’t Forget About You is a play about two people re-imagining their future and getting over the past. Oh, and super-hero themed fantasy role-play.
Cast: Karen Dunbar, Abigail McGibbon, Carol Moore, Naomi Rocke, Declan Rodgers.

WHAT AUDIENCES ARE SAYING:
“Amazing cast, great production, side splitting humour, haven’t
laughed so much in ages”

“Rebecca was brilliant, her Ulster-Scots scene was hilarious.
Could not hear the half of it for laughing.”

Comments Off on Peter congratulates Peter with a magnum of Moutardier Champagne! 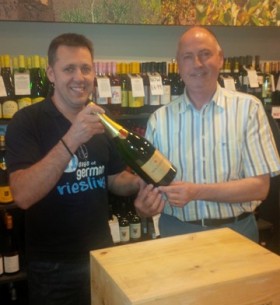 Peter congratulates Peter with a magnum of Moutardier Champagne!

WSET guru Peter Morris Wilson is N.I.’s leading wine educator and principle lecturer with the DWS Wine Academy.
Peter has somehow found time not only to complete a BSc Hons in Business Studies but to attain a remarkable 1st Class Honours Degree!

Well done from All @ DWS!

Comments Off on LCN Off Licence of the Year 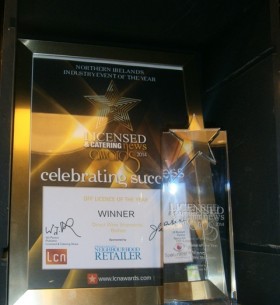 LCN Off Licence of the Year

On Friday 6th June 2014 Direct Wine Shipments won the Licence and Catering News (LCN) Award for the Northern Ireland Off Licence of the Year.

We are delighted to receive this honour, particularly as it was announced on the same day we were celebrating our 60th year wine business, with customers, suppliers and friends. 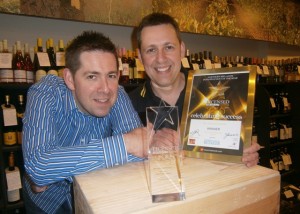 Comments Off on Celebrating 60! 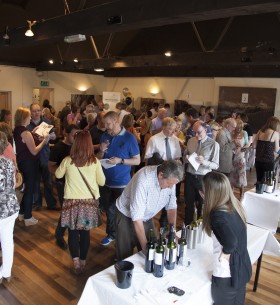 The 6th of June was the day Direct Wine Shipments (DWS) celebrated 60 years in business and there was no better way than to hold a big wine tasting!

The ‘Walkabout tasting’ is one of the most popular events, with the opportunity to taste over 85 wines in our newly refurbished tasting rooms in Corporation Square, Belfast.

Wine makers travelled from Europe, South America and Australasia to chat, educate and inform the wine fans of Belfast.

Thanks to everyone who came along to for making it such a special day.

Open for Orders Onlyposted by Susan